Translators and Interpreters in the Movies – Our Top Five 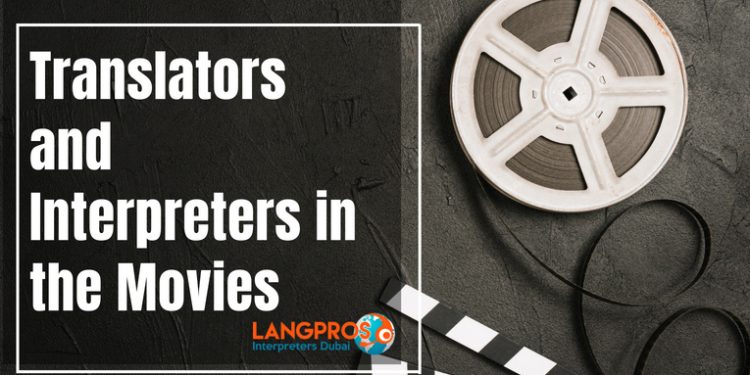 How much do you know about translators and interpreters?

Have you ever asked yourself how they manage to cope with such challenging professions? Nowadays their work is still little known, despite it being the second oldest profession in the world. In order to shed light on these language superheroes, we have compiled an exclusive top five of the best translation and interpreting movies of all time.

Linguist Louise Bank (Amy Adams) faces the challenge of decoding alien language, which is based on ink-like, circular splotches. Most movies about alien arrival on the Earth smooth over the inevitable language barrier. Instead, this movie does focus on the language barrier and in so doing provides important insights into translation.

Flor Moreno (Paz Vega) is a Mexican single mother who moves to the States seeking a better life for her and her daughter Cristina. She starts working as a nanny for the Clasky family but, since she doesn’t speak a word of English, Cristina must interpret for her. This movie is a brilliant representation of the presence of the Spanish language in the United States and, in the broadest sense, of the difficulties of cross-cultural communication.

Silvia Broome (Nicole Kidman) is an interpreter working for the United Nations in New York City. She was born in the USA and raised in the Republic of Matobo, a fictional African country, therefore she speaks the national tribal language. During her work she overhears a politically sensitive conversation, and this leads to a lot of thrilling action. This movie is extremely interesting since it displays what the work of an interpreter is like and how challenging it is.

In 1863, Stands With A Fist (Mary McDonnell), a white woman who was adopted by a Sioux tribe, acts as an interpreter between her tribe and lieutenant John J. Dunbar (Kevin Costner). This movie, which won seven Academy Awards including Best Picture, highlights the importance of interpreters during the American Civil War for allowing communication between natives and the new kids on the block.

Now that you know the best translation and interpreting movies of all time, you must absolutely do a themed movie marathon. Enjoy the show!