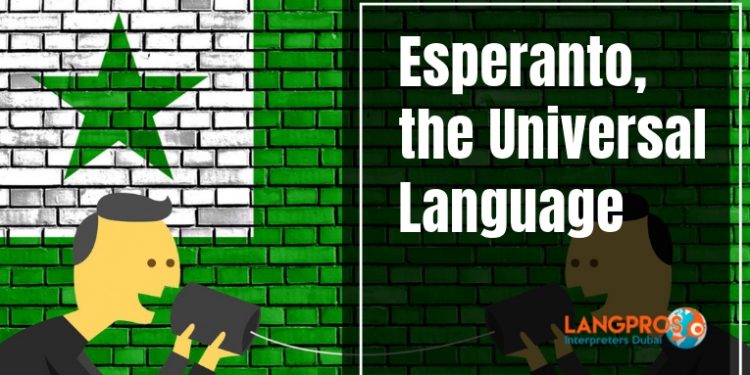 Have you ever dreamed of a world where everybody can understand each other, no matter the country of origin, the culture, or personal history? Ludwik Lejzer Zamenhof, a Polish ophthalmologist, decided to realize this dream by inventing a language that could be easily learned and understood internationally, providing the world a neutral, fair, and equitable mean to bring people together: Esperanto.

L.L. Zamenhof created Esperanto to be easy to learn and understand. Its lexicon mostly derives from romance languages, while its phonetics might recall Slavic languages. The grammar has very simple rules and can be mastered in a fraction of the time required to learn a natural language.

In the project of its creator, Esperanto was supposed to be the universal lingua franca for international dialogue.

Esperanto has its own production of literature and poetry, as well as two feature films with dialogues in Esperanto, and translations of world literature classics.

The language also makes an appearance in The Great Dictator by Charlie Chaplin, where the signs of the fictional Hebrew ghetto are written in Esperanto.

Why it Did Not Work

In the mind of its creator and its early adopters, Esperanto was designed to become the universal language for international communication. In fact, while it has grown steadily through the years, it is highly unlikely to see L.L. Zamenhof dream realized anytime soon.

While the language is recognized by the UN, other national languages such as French, and later English, have been preferred both by international organizations and the masses.

Moreover, people often prefer to communicate in their own language and reach an international audience through translators and interpreters. This way, linguistic cultural identities are preserved, while meaning is carried across by trained linguists who know every nuance of both languages.

Esperanto is only the most famous example of constructed language.

During the 19th and 20th century, Volapük, Interlingua, and Loglan also tried to establish themselves as the international auxiliary language, without much success.

Artificial languages are also often found in works of fiction. This is the case for Elvish in The Lord of the Rings by J.R.R. Tolkien or the Valyrian languages in Game of Thrones. Creating fictional languages is especially common in the works of fiction depicting an alternative/fantasy unverse, as it helps to build internal coherence and differentiate social groups, as it often happens in our world.

The world imagined by L.L. Zamenhof might come someday in the future. Then everyone will be able to communicate with every corner of the world thanks to the ingenious language.

In the meantime, if you are on the market looking for a language service provider, Langpros guarantees the best quality and speedy delivery at a fair price. We might not be able to provide translations in Esperanto yet, but we work in more than a hundred languages thanks to our worldwide network of more than 2000 translators.

Contact us to discuss your language project with our experts, and you will get a free quote.