Top Translation Hashtags for Translators Around the World 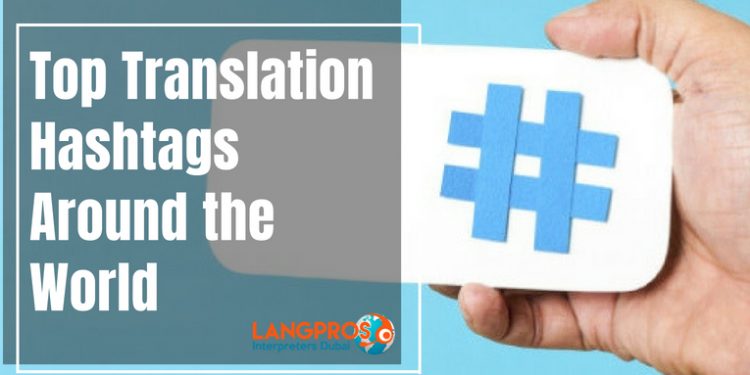 The number sign has existed for decades, yet it has become famous with the popularization of social networks, in particular Twitter. Web users create hashtags by placing the number sign # (also known as hash character) at the beginning of a word or a phrase with no spaces between words. The function of hashtags is twofold: expressing a state of mind (e.g. #happy) or summarizing the main topics discussed in a web page by dividing them into categories. Hashtags have become so popular that they may be used to describe anything, including, of course, the translation industry. #translation is one of the most popular hashtags, but not all of them are so obvious. Here is a list of the top hashtags used by translators:

#xl8 stands for “translate”. The “x” means “trans”, then you pronounce consonant “l” and number eight to obtain “translate”. Another popular hashtag is #xl8r, which follows the same logic and of course means “translator”.

#t9n is a common abbreviation of “translation”. Here is how this hashtag was created: “t” is the first letter of the word “translation”, 9 refers to the number of letters between the first and the last letter of the word, and “n” is the last letter. The same logic applies to #t9y, i.e. “terminology”, and #l10n i.e. “localization” – this term refers to the act of translating and adapting specific contents (software, websites etc.) to a foreign market.

#1nt is one of the most used hashtags in the field of interpretation and means precisely “interpreting”. It therefore refers to the profession of interpreters, either consecutive or simultaneous.

#CATtool is a hashtag used by translation professionals to refer to “Computer Assisted Translation Tool”, that is translation software able to help translators to translate faster and improve translation quality. The most famous CAT tools are memoQ and SDL Trados, which have specific hashtags: #memoq and #trados.