The Difficult Art of Videogame Localization 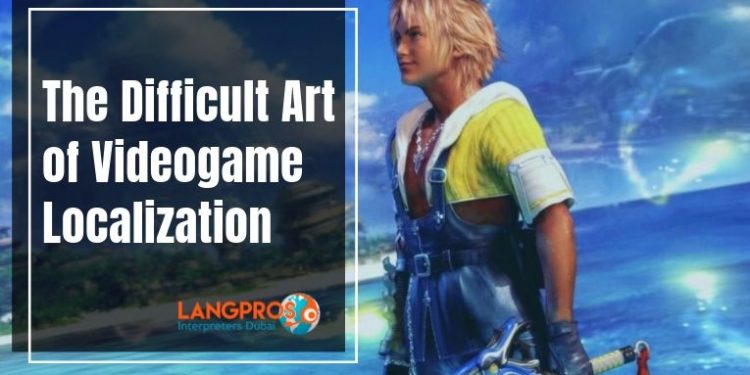 Videogames are a particularly complex form of entertainment, comprising a story filled with dialogues and narration, the gameplay, programming, user interface, and, finally, packaging and advertising.

Such a complex product is then naturally really hard to adapt to new markets which might have different tastes and sensibility.

Videogame localization mainly consists of the translation of text, but can also imply modifying audio tracks, altering the character design, or cutting out whole parts of the story.

Nowadays big role-playing game franchises such as Fable or Final Fantasy can count on teams of hundreds of people to localize every aspect of their game for foreign markets, but that is not always the case.

In the early days of videogame history, localization was often limited to the game’s packaging, then with the advent of games focusing more on the story, translators had to face the limitations of early game consoles ( Ted Woolsey, translator of Final Fantasy VI, had to continually cut down English text to fit the hardware’s capacity).

Today localization mostly depends on production’s budget and the expected return on investment.

The localization process can either start from the finished game or only be based on limited information during development.

While the first method gives localizers the best glimpse on context, it also involves a delayed release onto the market, which might be harmful to the international success of the game.

On the other hand, the second type of localization guarantees the simultaneous international release but might compromise the quality of the adaptation due to lack of context for the linguists working on it.

Videogames in the Arab World

The gaming industry is looking at the Middle East and North Africa market with more and more interest in recent years, as this area generates revenues for $4 billion each year, and with half of the population under the age of 25, these numbers are bound to grow in the future.

Game developers and localizers are putting increasing effort into creating gaming content that resonates with the MENA audience, both in the language aspect and the user interface (as the reading direction is changed in Arabic).

The localizations for the region focus mostly on the right Arabic dialect for every country, as well as modifying the imagery that might not be suited for the market such as excessive violence or alcohol consumption.

At Langpros, we offer localization services for videogames, software, and websites. As proud members of GALA Global (Globalization and Localization Association), we guarantee the quality of our translation work.