Decentralized Finance. An Alternative to Banks

Make Money Work with no Intermediaries 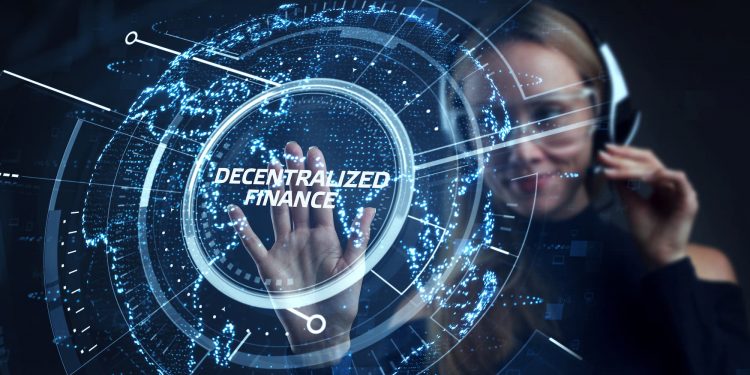 If you have some basic knowledge about blockchain or you have recently decided to delve into the crypto world, you have almost certainly heard of DeFi, which stands for the acronym of the term decentralized finance.

We’re talking about an open-source ecosystem built within the blockchain, which aims at the total decentralization of financial instruments. In simple terms, it’s an alternative to traditional finance where, often, you don’t have full control over your money and investments.

What exactly is DeFi?

Don’t expect closed markets, counters that don’t work or bankers who don’t want to work. In DeFi, everything works through smart-contracts, which are encrypted contracts that stipulate certain rules when you accept a service.

For example, if you decide to lend money to get an annual interest on your capital (be it in stable currencies or very volatile assets), you will not sign a contract with a banker. Instead, you will approve a smart-contract by paying Gas Fees, which are the fees for transactions on Ethereum blockchain.

This eliminates middlemen (decentralization), increases security, and reduces costs (unless the network is congested). Similarly, a lot of dApps are being developed on Binance Smart Chain, which is the blockchain developed by Binance, representing the largest exchange in the world in terms of exchange volume.

What are the differences with traditional finance?

If we wanted to make a comparison with traditional finance, the differences would be as follows:

What are the most popular services and wallets? How high are the economic returns?

It’s important to note that each service, also known as protocol, has different economic returns, and offers numerous ways to make your money work.

In addition to lending, there is liquidity mining, farming and staking, but we will not discuss them here. Depending on the service you choose, the level of risk will be more or less high, as well as the return on investment.

For example, with staking you can get returns ranging from around 4% up to 50% or 100% per year. However, there are some protocols that, on some assets, go as high as 300 or 400% APY. Obviously, the percentages vary from day to day, but they are definitely higher than what you can expect from a bank. Not surprisingly, the Total Value Locked in DeFi reached over $80B in May 2021.

Here’s a very useful list where you can discover both the most used and secure wallets out there, as well as some of the absolute best protocols and dApps.