Why it is hard to translate Social Media content? 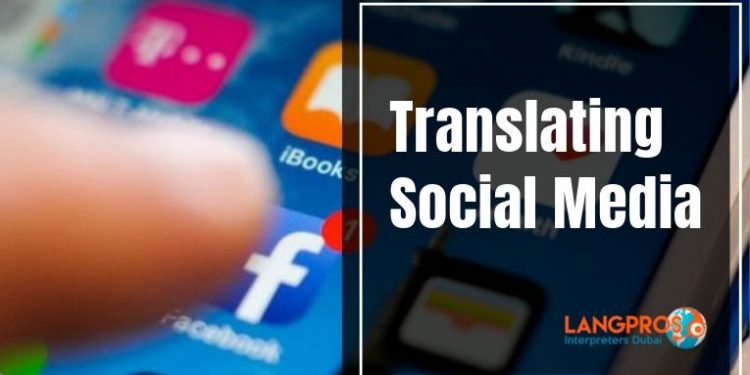 Businesses operating on the global market heavily rely on social media campaigns to promote their brand and products, creating engaging and catchy content that can be shared by users.

Such a vital part of digital marketing is often conducted in many languages, but to understand what it takes to translate social media content, let’s first have a deeper look at how it’s usually structured.

All of the major social media networks are American, and they were therefore designed in English and then adapted to other languages in a second phase. This created an interesting phenomenon: while, for example, “to tweet” refers in English both to the chirping of birds and the act of publishing content on twitter, in Romance languages only the latter meaning is kept, as the verb is not translated, but rather adapted to the target grammar, e.g. twittare (to tweet in Italian, as opposed to the bird-related verb cinguettare).

Non-English users are well aware of this jargon, and social media managers all over the world exploit it with silly puns and neologisms to attract more clicks on their profiles.

The Pitfalls of Social Media Translation

Adapting this very colloquial slang from one language to another is hardly a piece of cake. Even more so if we consider that certain social media such as Twitter have a precise length restriction, which can become a problem when translating, for example, a dense tweet from English into languages that use more characters on average.

Another issue is the translation of hashtags. Their choice and positioning play an important role in the visibility of the post, and often a mere literal translation loses the energy and freshness of the original. This is why creative translators have to come up with new, catchy hashtags that also carry a similar meaning to the original.

Good, multilingual social media copy should be SEO-effective and aware of the buzzwords that are popular in every language at any given time. This is why it is crucial to assign this job to qualified professionals with a deep insight into the target market’s digital culture and memes.

Langpros can count among its translators and copywriters many professionals specializing in digital marketing, SEO, and social media.

Contact our experts at [email protected] or +971 4 3434753, and we will help you make your business ready to thrive on the global market!