Top 10 Most Spoken Languages In the World 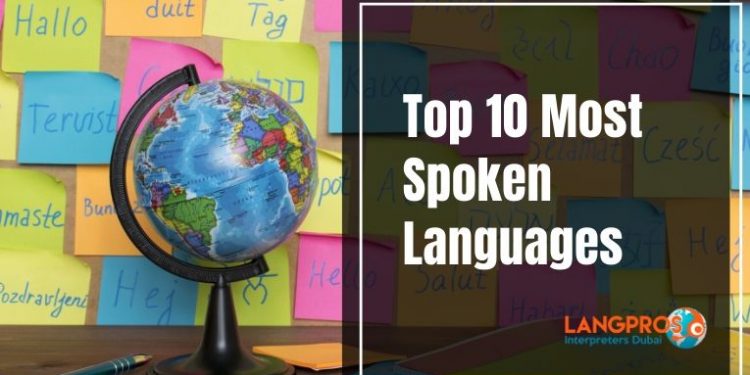 There are around 7000 languages currently spoken in the world today, yet roughly 12% of the population speaks English as their second language. So, how can we decide what are the most spoken languages are? Should we calculate the number of native speakers? Or should we also include those who speak a second language? After all, they’ve put lot of work into learning it!

To answer those questions, we should first agree on the definition of language, which, however, has proven to be a rather complex task. Moreover, we would have to be concerned about dividing borders, because people in some countries do speak more than one language.

The list of things to take into account would continue for ages, however, we’ll leave all this to the experts and dive into the interesting stuff!

Let’s flash forward to the results:

Top 10 Most Spoken Language – By Number of Native Speakers

Thanks to its density of population, China is not-so-surprisingly getting the gold medal in this list. However, we have to note that Chinese appears here only as a big container which includes minor local dialects, therefore, Mandarin Chinese (or Putonghua 普通话), is set to be the language of the world’s leading economy, yet not of every household.

You wouldn’t think that such a small country in the Mediterranean Sea well known for Siestas and Paellas would have been the protagonist of the Golden Age of Exploration, yet in those times the Spanish Conquistadores were among the first ones to get to the New World, and they now conquered the second place in our special language podium.

You may have thought that English would be the first language on this list but actually, with only 379 million native speakers it only gets third place -imagine that it doesn’t even hold official language status in the USA!

Top 10 Most Spoken Languages – By Number of all Speakers

At least for the English Language, the number shifts dramatically here because it also takes into account people who speak English as a foreign language. So, if we thought that foreign language communication was important, now we know how crucial  it really is!

Langpros is specialized in business and legal translation as well as simultaneous and conference interpretation. If you are thinking about getting help with your business communication abroad, let us know and we’ll reach you with a free quote today offering our professional language services.