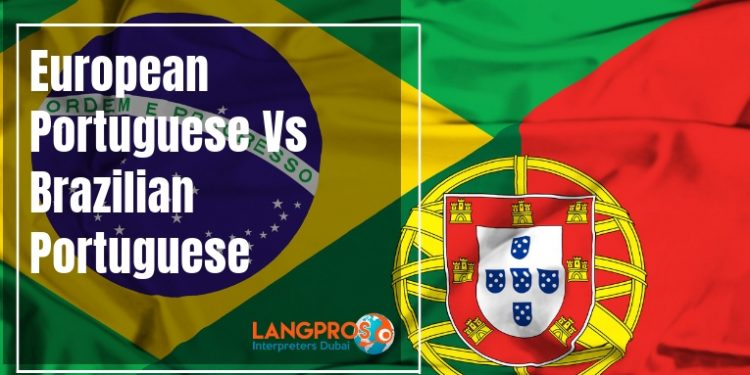 Are European Portuguese and Brazilian Portuguese two distinct languages or two sides of the same coin? Overall, there are many similarities between them. However, there are some differences in terms of pronunciation, grammar, and vocabulary which are worth noting. Let’s explore them!

This is the main difference between European and Brazilian Portuguese. While Brazilians tend to speak with their mouths wide open, Portuguese people tend to speak with their mouths more closed. Another difference is the s sound, which is pronounced as sh (as in shampoo) by Portuguese people and as ss (like a long s sound) by Brazilians. Since Brazil is a huge country, accents may differ from the standard rule, for instance in Rio de Janeiro the pronunciation of the s is similar to the one in Portugal.

Another difference regards the second person pronoun in the singular form. In Portugal people use tu, whereas in Brazil você is the most common form. In Portugal você is considered a very formal pronoun, instead in Brazil it is used all the time and is not considered formal at all − in order to sound formal, Brazilians use forms like o senhor. Also, in this case, there are some exceptions, for instance in some southern and northeastern regions of Brazil people use tu.

There are also many differences in terms of vocabulary. Brazilian Portuguese has undergone notable influence by American indigenous languages, whereas European Portuguese is more similar to Romance languages such as Spanish, Italian and French. For instance, in Brazil to catch a bus people say pegar um ônibus, while in Portugal people say apanhar um autocarro; a mobile phone in Brazil is called celular, while in Portugal is called telemóvel; a pineapple in Brazil is called abacaxi and in Portugal is called ananás. However, there are not that many lexical differences, and it is quite easy to get to grips with most of the vocabulary.