Sports Interpreting: How FIFA Does It 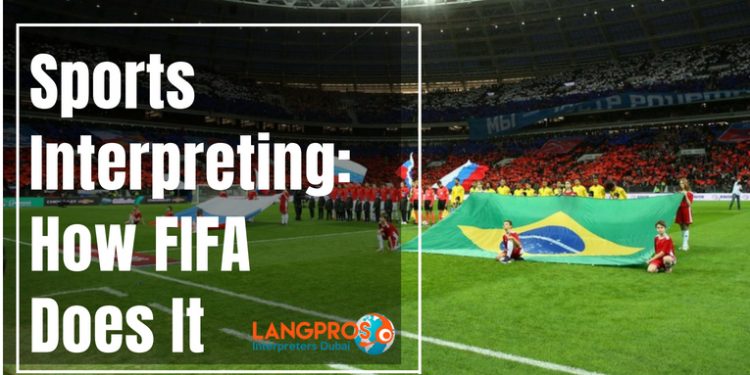 Aside from English, French, German and Spanish, FIFA’s four official languages, many of the company’s materials are also translated into Portuguese, Russian and Arabic. This is likely due to the location of recent and upcoming FIFA World Cups. Brazil hosted the event in 2014 and it is scheduled to be hosted in Russia in 2018 and Qatar in 2022. 32 teams from different countries competed in the 2014 World Cup, but the programs were only interpreted into 15 languages as many of the teams speak the same language.

Sports interpreting is a vital service at events like the World Cup. It allows referees to communicate with the players and coaching staff on various teams and then for these players and coaches to give interviews to the media. Interpreting also helps tourists and sports enthusiasts navigate the event, as well as allows viewers across the world to understand the commentary. Sports interpreters have to be extremely knowledgeable of the sport they are translating. They must understand the rules, proper terminology, important statistics, historical facts, and current events. Aside from this, sports interpreters must also have impeccable cultural knowledge. This includes how the speakers of the original and target language celebrate and react to different moments throughout the match or game. They have to translate excitement, nervousness, anger, happiness and more so the listener gets the full experience of the event.