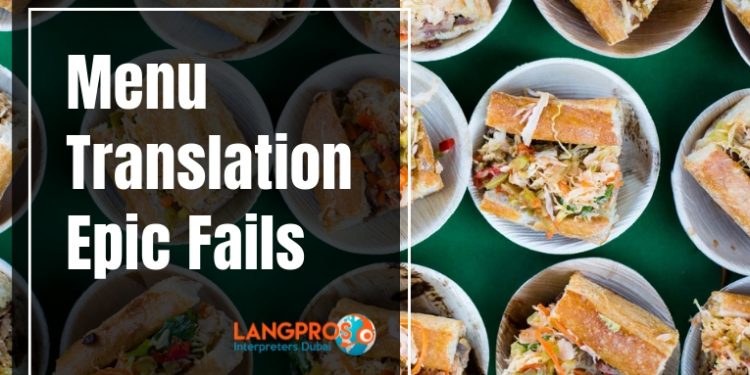 While the translation of menus might seem no big deal at first glance, the Internet is full of pictures showing hilarious or disgusting mistakes in word choice. This might surely be related to the fact that menu translations are often carried out by non-professionals who do not know the ins and outs of the trade, but menu translation withholds more challenges than people might think.

Why Menus are Hard to Translate

There are several reasons why translating a menu is a much harder task than what it may look like at first glance:

Most of the times, however, translation fails in menus are the result of unprofessional translations, such as in this hilarious examples:

Menu Translation: 3 Useful Tips to Get It Right

After analyzing the many tricky aspects of menu translation, how can we avoid embarrassing mistakes? Let’s see a few aspects we must always keep in mind:

At Langpros we work with some of the best culinary translators around, who are well aware of the cultural, linguistic, and style issues of menu translation. For every food-related language project, do not hesitate to contact our language experts, or check our website to find out more about our translation process.