4 Obscure Languages You Probably Did Not Know 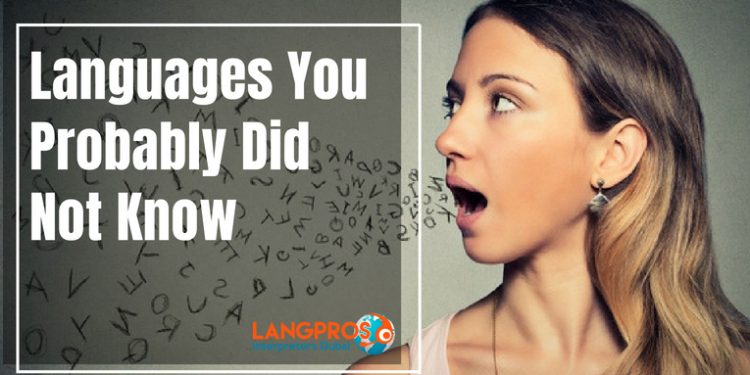 In the world, there are over 7,000 languages. Widely spoken languages such as English, Spanish and Chinese only represent a small percentage of the total amount of languages spoken worldwide. As we will see, some of them have become so rare that they seriously risk disappearing. According to the United Nations, every two weeks a language disappears and, if this trend continues, 90% of the world languages will disappear by the end of the next century.

Which are the rarest languages in the world? Here is a brief list.

This language originated in La Gomera in the Canary Islands and it’s the sole language in the world entirely composed of whistles. With 4 consonant sounds and 4 vowel sounds it is possible to produce over 4,000 words in Silbo. Initially, Silbo was used to communicate in the deep ravines of the island, then it started to be taught at local schools and in 2009 it was declared as an Intangible Heritage of Humanity by UNESCO.

The Tsuut’ina language (formerly known as Sarcee) originated in the south of the United States and is currently spoken by the Tsuut’ina Nation inhabitants, who live near Calgary, a city in the Canadian province of Alberta. It belongs to the Athabaskan language family, which also includes Navajo and Chiricahua. Tsuut’ina comes from an ancient Amerindian tribe whose population has nearly disappeared and it is estimated that this language has only 170 native speakers left.

Both languages are from Peru and at risk of extinction because of the dominance of the Spanish language in the country. Taushiro has only one speaker left, Amadeo Garcia. He is the last living Taushiro, an indigenous group from northern Peru who was decimated by malaria, fights with rubber tappers and toxic oil spills in local rivers. Also, Resigaro has only one speaker left, Pablo Andrade. A decade ago there were 37 Resigaro speakers, but they all married members of a larger tribe called Ocaina, and gave up speaking their mother tongue.

Have you ever heard of other rare languages you would like to tell us about? Let us know in the comments. In the meantime, for your translation projects and interpretation projects you can count on our high-quality services, which cover over 100 language combinations!