Language and Culture Shape the Way We Think 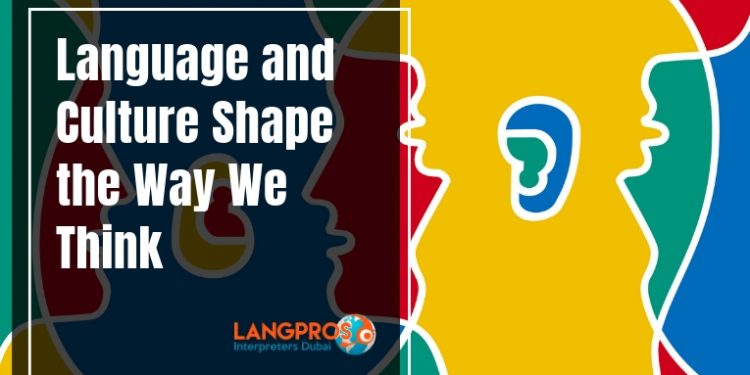 According to the Merriam-Webster dictionary, culture is defined as “the customary beliefs, social forms, and material traits of a racial, religious, or social group”. In our everyday life we constantly experience interactions with cultural items, be it fashion, food, music, or more profound ideals and beliefs. Being one of the most international cities of the world, Dubai is the perfect place to experience cultural diversity. But what determines culture? Studies show that culture is mostly determined by language.

Have you ever wondered why translation is so difficult? It is because finding the exact correspondence of words between languages is, in most cases, impossible. This is due to the interconnection between language and culture. The words we assign to objects, emotions, events are not mere labels, but they modify the way we perceive reality according to the language. As an example, translating the word “blue” from English into Italian implies a choice: while the color blue in English might vary from navy to light blue, the two nuances are clearly distinct in Italian: the first being “blu”, the second “azzurro”. In this case, only context can determine the right translation.

In extreme cases, a different language might completely upset our most basic notions and conceptions. Cognitive scientist Lera Boroditsky illustrates this phenomenon with the example of an Aboriginal community in Australia using cardinal directions instead of “left” and “right”, also living with a completely different notion of quantities.

The Role of Translators

Since languages determine how we shape reality, preserving language diversity is the best way to develop intercultural dialogue and share different perspectives. In this scenario, translators have the important role of being the link between different views of the world. Their work consists in understanding the culture of the original text and convey the message, not the words, in the translation.

Langpros’ network of translator is formed of trained professionals who know every aspect of translation’s cultural implications. If your company is expanding on a new market, or you’ d like to create engaging web contents for a multilingual audience.