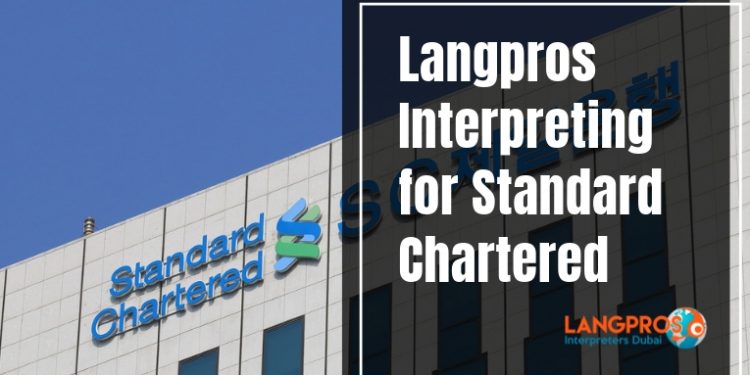 On the 22nd of October 2018, Standard Chartered organized a conference in Dubai on the importance of the Belt and Road initiative promoted by the Chinese Government, and the its role in the development of the investment plan regarding the UAE.

The Belt and Road Initiative is the ambitious investment plan on infrastructure started by the Chinese government in 2013. The plan focuses on linking China to Europe through Central Asia and Russia. Once completed, the initiative will involve countries accounting for 61.9% of the world’s population and 31% of the global GDP.

The UAE plays a strategic role in the development of the Belt and Road Initiative, and it will be its financial and trade center in the years to come.

Standard Chartered is an important partner for the Initiative, as 70% of the bank’s operations are located among the countries touched by the Belt & Road plan.

Representatives of the Standard Chartered discussed the BRI and its positive effect on UAE economy in the prestigious context of the Ritz-Carlton Hotel in Dubai.

Langpros was asked to provide simultaneous interpreting services in English and Chinese for the day. Our specialized technicians installed the BOSCH simultaneous interpreting equipment. These devices operated via infrared radiation and provided crystal-clear sound to the 60 people in the audience, while the interpreters sat in a soundproof booth and spoke through a microphone directly to the headsets.

The interpreters we selected for the event, were chosen not only based on the perfect command over the languages they translated (being Chinese native speakers) but also making sure they specialized in the financial and economic domain and were familiar with the specific terminology.