Langpros at the Inauguration of Henkel’s Forscherwelt Science Lab 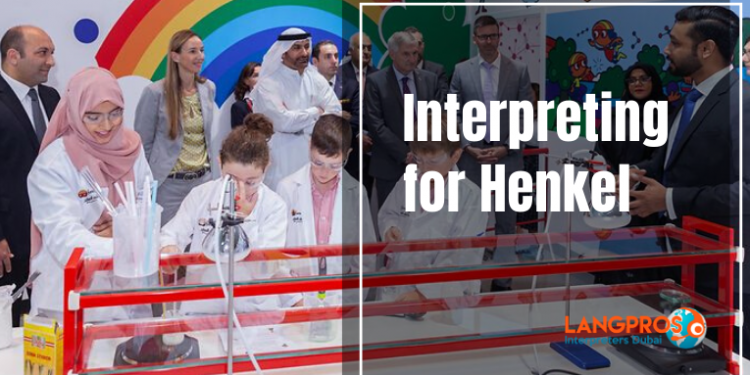 Henkel is a German chemical and goods company, active both in the consumer and industrial sector. They operate worldwide with leading innovations, brands and technologies in three business areas: Adhesive Technologies, Beauty Care and Laundry & Home Care.

On the 18th of November 2019, Henkel, in partnership with Dubai Municipality’s Children’s City officially inaugurated its largest Forscherwelt science lab for children in Dubai, this is also the first of its kind in the Middle East.

“A child is a person who is going to carry on what you have started … the fate of humanity is in his hands.” – Abraham Lincoln

Researchers’ World or ‘Forscherwelt’ in German, is an international initiative launched by Henkel in 2011 with the aim of inspiring the next generation of innovators. The initiative’s goal is to encourage children to explore and discover the fun in Science.

On the 18th of November 2019, in the presence of UAE and German government officials and VIPs, the inauguration of Forscherwelt Science Lab was officially held at Dubai Children’s city.

According to H.E. Eng. Dawood Al Hajiri, Director General of Dubai Municipality, the opening of Forscherwelt is a part of UAE’s ambition to provide children with education focused on the future, innovation, and science. This is also to promote and encourage children at a young age to have innovative thoughts for the future, as the saying goes:

The inauguration was attended by over 100  guests including government officials, VIPs, leaders, teachers, and our future innovators- the children. Henkel, being a globally renowned company cannot afford to compromise on any aspect of the high profile event, most especially, on its choice of language solution.

Langpros provided simultaneous interpreting services (English to Arabic and viceversa) for the momentous inauguration of the Forscherwelt Science Lab in Dubai Children City and took care of the installation of soundproof booths, infrared transmitters, and wireless headsets.