Langpros at an International Summit on Cryptocurrencies 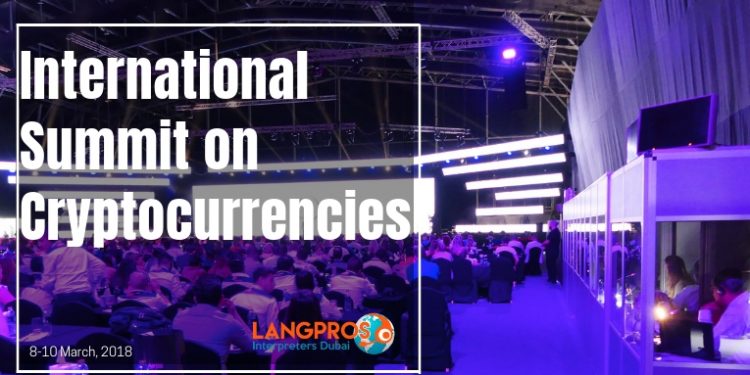 From 8 to 10 March 2018, Dubai had the privilege of hosting a momentous event in the field of cryptocurrencies. Organized by a leading cryptocurrency company in collaboration with UAE-based event management agency Alsayegh Media, the convention gathered important stakeholders and delegations from all corners of the world – Korea, China, Mexico, Brazil, Italy, France, Spain, Russia, etc.

The main event was held at the Festival Arena on 9 March. From 9 a.m. to 9 p.m. five sessions followed one another. Some famous guests such as legal expert Scott Hughes and talented writer Mariana Padilla were invited. Moreover, during the sessions the organizing company’s sponsorship for the Ferrari team in Formula 1 was announced.

The event aimed at providing an effective platform for discussion about cryptocurrencies from a global perspective. The speeches provided an exhaustive overview on cryptocurrencies, focusing on state-of-the-art situation and putting forward plausible hypotheses about their future developments on a global scale.

Langpros’ Key Role at the Event

There were two simultaneous interpreters for each language pair – Matteo and Laura, two of our most experienced team members, took care of the Italian booth. All of the interpreters provided real-time interpretations from the six interpreting booths that we had been asked to provide. In addition to the booths, we also made available the rest of necessary equipment, namely headsets for 500 auditors, as well as professional assistance by a specialized technician and experienced hostesses – Michelle, Genile, Chelle, and Tanya, other key members of our team.