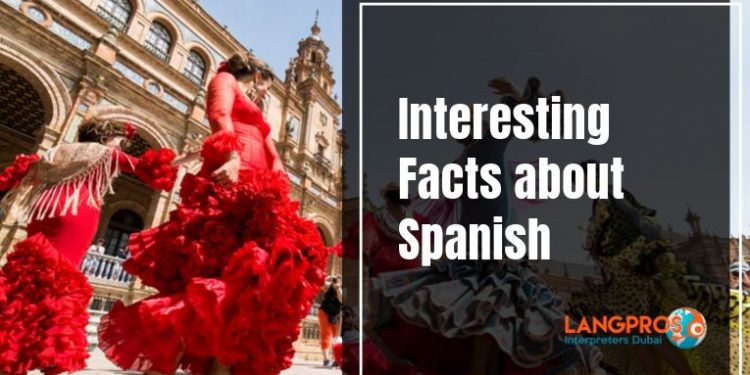 Spanish is spoken in 21 countries in Europe, Africa, Central, South, and North America.  Antarctica and Australia are the only continents that do not host large Spanish-speaking groups.

The use of this term varies according to the area, and it can sometimes only refer to the Spanish spoken in Spain.

Spanish is a phonetic language. This means that if you know how to spell a word, you also probably know how to read it, as each letter consistently represents a sound.

The Royal Spanish Academy is the official organization responsible for the preservation of the Spanish language.

Based in Madrid, the academy was founded in the 18thcentury. Its activity consists in publishing dictionaries and officially adopting grammar rules that are followed across Spain and Latin America.

Spanish is classified as a Romance language, the same group as French, Portuguese, Italian, Catalan, and Romanian. This group of languages all derives from Latin, and speakers of Portuguese and Italian can understand Spanish to a limited extent.

Among Romance languages, Spanish was the most influenced by Arabic, following the Arabic occupation of the Iberian Peninsula in 711. Arabic is the second largest contributor to Spanish after Latin, and the traces of the Arabic influence in Spanish art, culture, and architecture are still visible throughout the country.

Spanish originated in Spain, but nowadays the majority of speakers lives in Latin America. While the two regional varieties are mutually intelligible, there are many differences in terms of vocabulary, pronunciation, slang and forms of politeness.

Translators working at Langpros are experts of the Spanish culture, language, and its varieties. Our translation agency offers accurate Spanish legal translations of documents certified by the UAE Ministry of Justice, as well as technical and marketing translations, website localization, and much more.