How Many Languages Can a Person Speak? 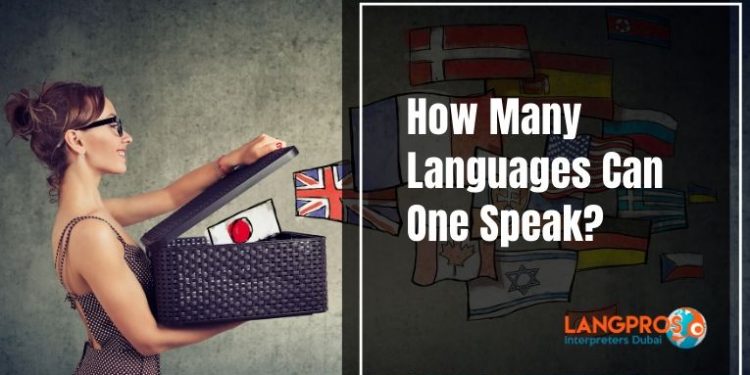 While most people don’t speak more than two or three languages, some exceptional individuals can fluently speak 10 or more languages with ease!

How do they do it and what is the maximum number of languages one can speak? Are polyglots truly born this way, or is their ability to absorb language gained over time?

Usually, someone is defined as a polyglot if he/she can speak at least 3-4 languages fluently.

However, some people across history were able to exceed this number, and are regarded as legends in the language community:

While some researchers think that only during the “critical period” in childhood is really possible to absorb languages, many polyglots become so during adulthood. Linguists state that there is no theoretical limit to how many languages one can speak, and it only depends on the time we devote to the task.

Speaking many languages is not only a way to enrich our culture, obtain new perspectives on life and help us communicate with others, but it is also the best way to keep our brain young: being able to speak 3 languages can delay the onset of dementia by up to 9 years!

This is because speaking a new language requires the brain to train muscular memory (for perfect pronunciation and accent), declarative memory, the ability to learn facts, for new words and grammar, and the ability to access stored information and use it (explicit and implicit memory).

Even the most willing person can hardly find the time to learn every language around. This is why at Langpros, we work with over 2000 professional translators and interpreters to offer high-quality interpreting and translation services in over 100 languages, enabling smooth communication and providing native-sounding content to individuals and businesses in every industry.

Contact our experts at [email protected] to find out more about our services, you will receive a free quote!

How many languages do you speak? Which languages would you like to learn?  Let us know in the comments below!