Meet the First Emoji Professional Translator in the World 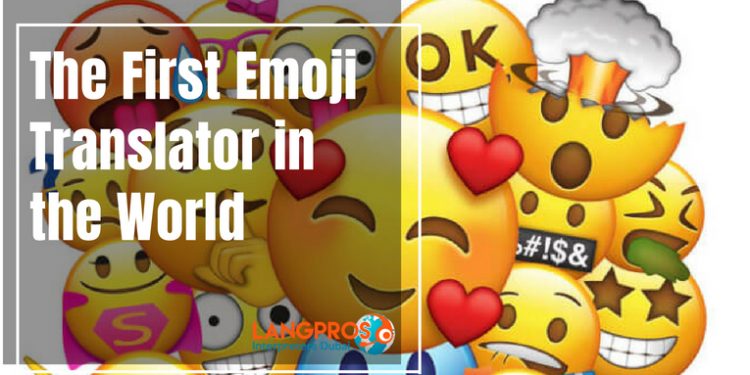 Nowadays, emojis are used in a variety of written communications ranging from chats to e-mails and they are quickly becoming an essential component of written language. For this reason, companies are trying to learn how to exploit the potential of emojis on web platforms and social media by adding emotional context and non-verbal communication to a text. Recently, a very peculiar job offer has captured the media attention: a London-based translation company was looking for an emoji translator. There were approximately 500 applicants for the job, and in the end Dubliner Keith Broni was selected.

He has worked with a number of national and international clients, including PR companies and the marketing departments of multinational societies, by translating several expressions (for instance idioms such as “no pain, no gain” or “speaking of the devil”) into their corresponding emoji versions. It should also be noted that some emojis have different meanings in different cultures. For instance, the thumbs up emoji is very popular in western countries, where it is used as a “like” button on Facebook, whereas it is considered an offensive gesture in the Middle East. Therefore, Broni’s job also involves adapting emojis from one culture to another.

Where do emojis come from?

The word emoji comes from Japanese word 絵, meaning “picture”, plus 文字, meaning “character”. They were created in the late 1990s by Shigetaka Kurita, who worked with his team at NTT DOCOMO, the main mobile operator in Japan, to find a language to be used on mobile phones in order to communicate as much as possible at a glance. Emojis global success has come in the 2010s, when they were added to Apple operating systems. Initially used mostly on mobile platforms to express basic ideas, emojis have quickly become a kind of new language utilized in every type of web-mediated communication (apps, messaging systems, desktop operating systems, and so on). Emojis have significantly increased in number since the first set of 176 icons developed by Kurita. Currently there are more than 2,000 emojis if we take into consideration also variants for gender and skin tone.