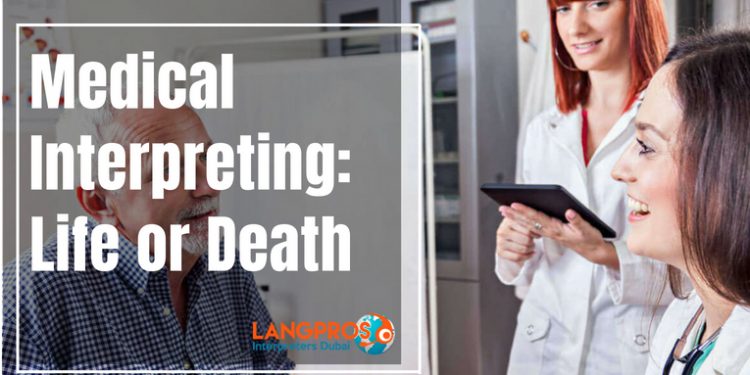 In July 2017, the government of the United States of America debated repealing the Affordable Care Act, also known as Obamacare. With huge ramifications for the health care industry, the repeal of the Affordable Care Act could have affected people’s access to medical interpreting. This is a vital health service that affects both medical professional’s ability to help and patient’s ability to understand.

Medical or health care interpreting can often be the difference between life and death. A 2012 Annals of Emergency Medicine study found thousands of translation errors in two Pediatric Emergency Rooms in Massachusetts, USA. 18% of these errors were serious enough to have resulted in clinical consequences. The study also found that a majority of these translation mistakes occurred when the patient did not have a professional interpreter.

People often believe any ad-hoc interpreter can provide medical interpreting. In reality, they cannot. Ad-Hoc interpreters are nurses, medical personnel, strangers, or relatives who understand both the patient’s and the doctor’s language. As they do not have proper medical training, these people often omit important information, add their own opinion or misconstrue the message. Sometimes these ad-hoc interpreters do not even speak the patient’s language. A hospital in Maryland once provided a patient who spoke Creole with a French interpreter. And while the two languages are similar, their words have different meanings. In French, the word “estomac” means stomach, but a similar word in Creole, “lestomak,” actually means chest. The misunderstanding of these words could lead to serious medical consequences. Professional medical interpreters, on the other hand, have complete fluency and command over the languages they interpret. They are trained for over 100 hours to be able provide the correct medical terminology and to properly explain medical procedures.

Patients often use a relative or child as their interpreter. In these cases, there is also the added element of emotional trauma that could cause them to mistranslate and misinterpret the doctor. The use of a professional medical interpreter diminishes the likelihood of misinterpretation, but doesn’t remove the translation of emotions. Medical Interpreters are skilled at translating the doctor and the patient. This means they have a cultural understanding of both languages, are able to read the patient’s emotions, and can communicate everything to the doctor.