The latest project launched by the self-driving cars company

by Matteo Ippoliti
in Digital Trasformation
0 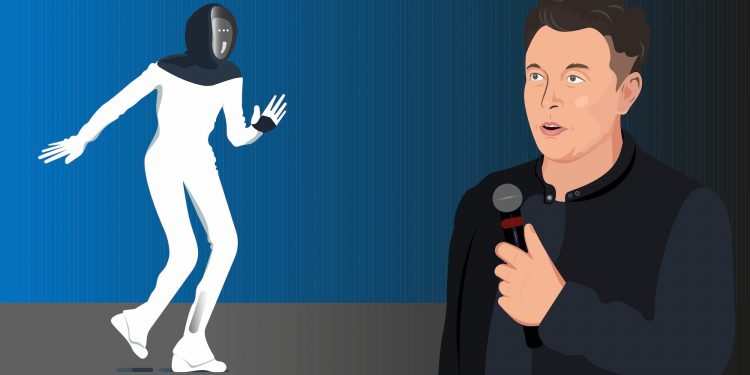 In an era full of innovations for the digital world and AI sector, the ultimate treat of the moment has arrived: the Tesla Bot launched by Elon Musk.

As said by the CEO of Tesla, the new robot will be launched within the next year, although many people doubt the truth of this announcement.

After all, we are talking about a billionaire who, often, despite proposing very ambitious projects, fails to develop them within the established time.

How will Tesla Bot work?

As announced by the CEO himself, the Tesla Bot aims to “eliminate dangerous, repetitive and boring tasks“, so that humans can devote themselves to other things. In fact, it seems that its purpose is to introduce these bots in the world of labor.

In this way, labor costs will be lowered, allowing men to develop other projects or enjoy some important moments of their lives.

There have already been several projects announced with great success by Musk, even if they were never really put on the market.

Among these, there is surely the “robotaxis” that were supposed to be already on the road in 2020, as well as the sensational Solar Roof, which was nothing more than an interesting concept but not feasible, at least at the moment.

Musk also talked about the features of the new bot. Dressed in a sort of black hood, which according to some resembles the robes of an assassin, the robot would weigh 56 kg and will be about 1.76 meters tall.

In addition, the Tesla CEO has confirmed that it will be able to lift up to a maximum of 20 kg and run at a top speed of about 8 km/h. This, according to the famous entrepreneur, will allow humans to “run away from it”.

This phrase, in addition to triggering laughter from the public, has raised big criticism from many online users, especially on YouTube. According to some, in fact, saying that “we can run away from a robot” could imply some sort of threat to humanity.

Nothing strange in creating a bot that, through machine learning, is able to take control of a situation.

Musk has also described that the Bot will be a sort of extension of Tesla Self-driving cars, which can run on autopilot thanks to a special chip that is implemented inside the vehicle.

However, the project is not yet ready, and it is only a prototype that, according to some, will never be realized concretely.

After all, there are already many technology companies that over the years have tried to develop humanoid robots to complete “boring and repetitive” tasks, including Sony, Honda, and many others.

To create a robot that can replace man at work is a concept that has been around for several decades, but is never actually realized. There are many entrepreneurs and technology companies that try.

However, this could involve, according to some, a risk that not everyone is ready to take. How many times, in science fiction movies, do we end up with robots taking over the world?

Here, this is exactly what many users who have criticized Musk thought. Anyway, we leave you here the official video of the presentation so you can have your say on the subject.